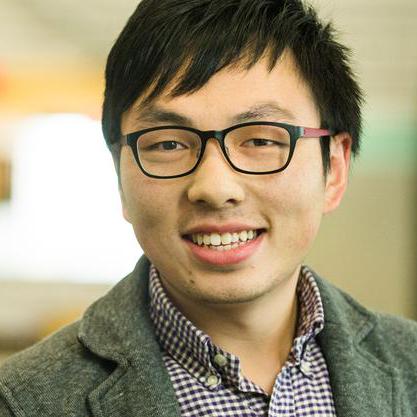 © Qu Tang and qutang.dev, 2019-2020. Unauthorized use and/or duplication of this material without express and written permission from this site’s author and/or owner is strictly prohibited. Excerpts and links may be used, provided that full and clear credit is given to Qu Tang and qutang.dev with appropriate and specific direction to the original content.

☝️ Back to top

When I first learned its concepts, I was frustrated about the formulas and iterative variable substitutions. I also felt hard to understand how some fundamental functions (such as successor, logical) were derived.

After digging more into it, I realized λ-calcus shared the same spirit with many other languages (in fact, λ served as the foundation for many other languages) that support functional programming paradigm, such as Python. It used a minimal subset of concepts from the other modern languages while it was ensured to be Turing complete.

In short, λ-calculus is all about operations (a.k.a functions). All other concepts in a programming languages (such as numbers, conditional logics, and bools) are built upon functions. I somehow tasted a flavor of minimalism for the inventor of this language.

The core idea of λ-calculus is that by defining several fundamental operations (a.k.a functions) properly, we can gradually build the whole world layer by layer using these fundamental functions*. This is exactly the spirit of functional programming that is applied to an extreme extent.

Please review the introductory material to understand the following examples.

These functions look like magics at the first glance. To reveal the insight, this tutorial will walk you through their underlying meanings, and the perceptual process to derive these formulas, and ultimately provide their Python implementations to help you understand.

We have to now change our mindsets to discard any unnecessary concepts in python, such as operators, strings, bool, numbers, if, while and etc. The only keyword we can use is basically lambda. And this is exactly where the name of lambda function originates from.

Let's think about Numbers first. How can we define a number as function? Numbers are just symbols with an order, therefore it certainly can be functions, as long as the functions have some sort of order.

With the concept of order in mind, we now can treat a number as the transformation of another number. In formula, it becomes,

Where n,m are different numbers.

Let's try more, what if we want to get a third number from m by using n as an intermediator.

Hooray, now number l is a second-order function of m. One can think of a more convenient way, what if g=f? Now we have a more elegant definition of numbers.

Substitute them only using S and 0, we can get a nth-order function for number n,

Now the format becomes closer to the formula we've seen before in previous section, writing as a function in pseudocode,

This is exactly the same with the formula in the previous section.

It is important to also understand the real meanings of number functions zero, one, two. In the above derivation, we assumed function s is a transformer function between two numbers. But in reality, s could be any function. Here we use a function plus_one for test purpose, meaning it will add 1 to an input number.

Applying function zero to any other functions would result in an identity function λx.x.

Applying function one to another function x would result in a function that will apply function x once to the input.

Applying function two to another function x would result in a function that will apply function x twice to the input.

Similarly, applying function n to another function x would result in a function that will apply function x n times to the input.

We've used the S without defining it in the number functions, because we don't have to transform a number to another in the examples above. Now, we will explore to define S.

Let's first analyze the role of successor S in terms of the functionality it represents. Literally, it means transforming a number function n so that n applies function s one more time than n to the input m.

Let's first define a function that applies s n times, which according to the meaning of number function, would be,

Let's then apply this function to another input m,

Now we need to apply s one more time,

Hooray, we've got the successor function S now, writing as a function formula,

In Python, we can easily define this function with lambda,

We can also chain the function successor to get later number functions.

Based on functions zero and successor, more complex arithmetic functions such as add, mimus, predecessor, multiple, divide may be defined.

The predecessor of number function n=λsz.s(...s(z)) may be literally described as,

Transform function n so that it applies function s one less time to variable z.

Because we only have access to function zero, n and successor function, we cannot go back from function n to n-1. But instead, going forward from zero using successor to n, while preserving the status of previous number n-1 in the process.

We start from the pair of zero function and its predecessor, which is assumed to be also zero.

And apply the successor function S to the first variable in the pair,

Create a new pair using this new variable and the original variable,

Then get the second variable as the predecessor of function n.

We can divide the process into three fundamental functions.

Then we will use the three fundamental functions to form the predecessor function.

Literally, pair function means applying function z to two variables a and b.

In Python, it becomes,

Selector functions mean that the function can select the first or second element between two variables.

In Python, they become,

Combining selector and pair function, we can have functions to extract the first or second element in a pair.

The result function would also be a pair function.

Now we have all building blocks theta, pair, first and second functions. We may define the predecessor function as following according to the iterative derivation before,

Then apply this function to the pair of zero and zero,

Now we get (n,n−1), to select n−1, we apply this pair function to selector function F to get the second element,

Or in Python as,

Addition A and subtraction M functions in Python

Given two number functions n and m, the addition function A might be interpreted as applying successor function S n times to m.

Therefore, we can have,

As an additional function,

In Python, we can have,

Similarly, we use function plus_one for testing.

In similar way, given two number functions n and m, the subtraction function M might be interpreted as applying predecessor function P m times to n.

Therefore, we can have,

As an additional function,

In Python, we can have,

Similarly, we use function plus_one for testing.

We will defer the discussion of division function D to the next post (about conditional), because we need to use conditional functions.

In a compact way,

Use function plus_one for testing.